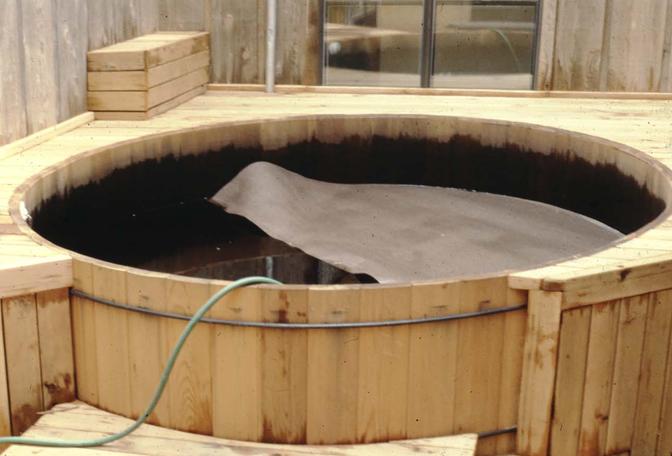 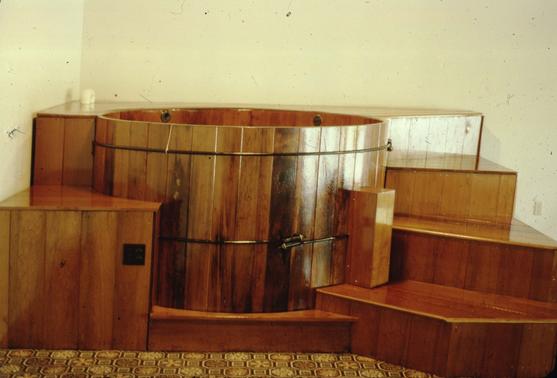 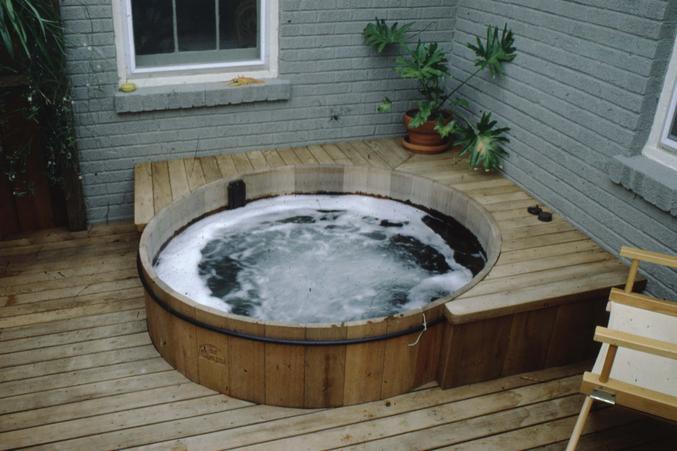 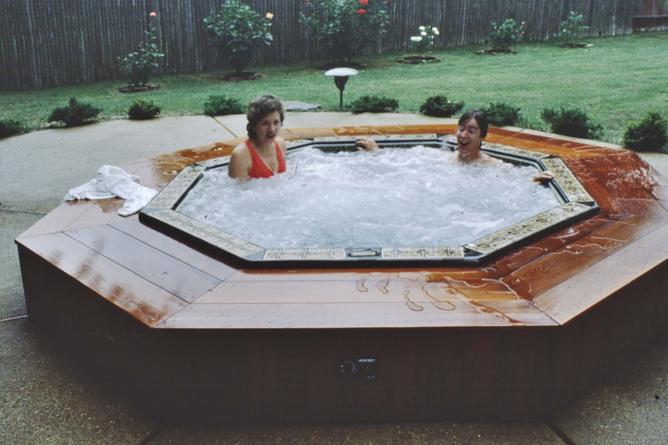 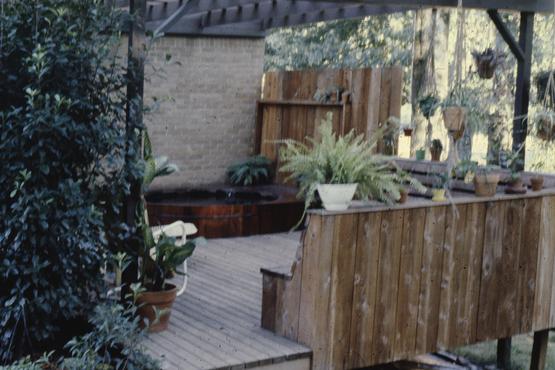 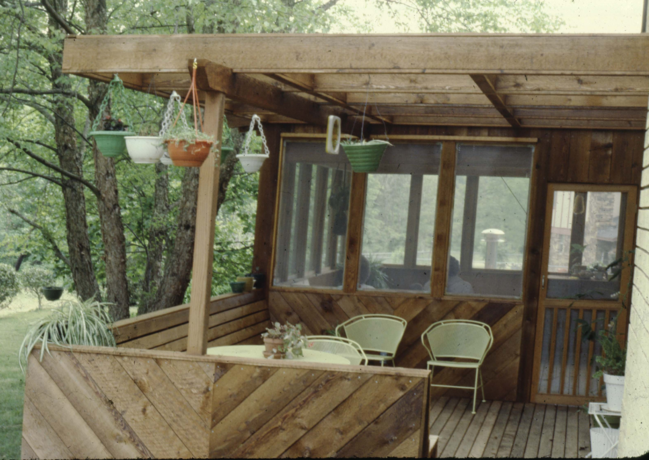 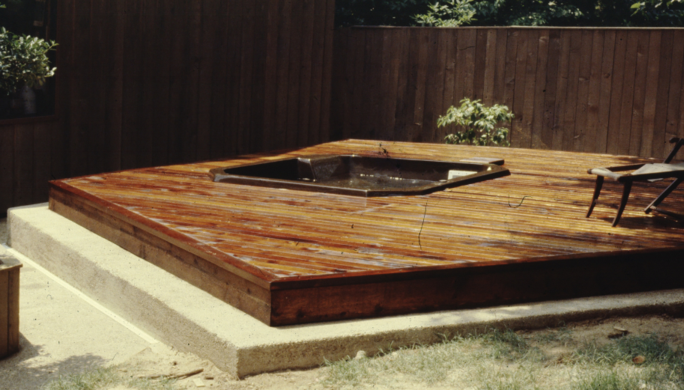 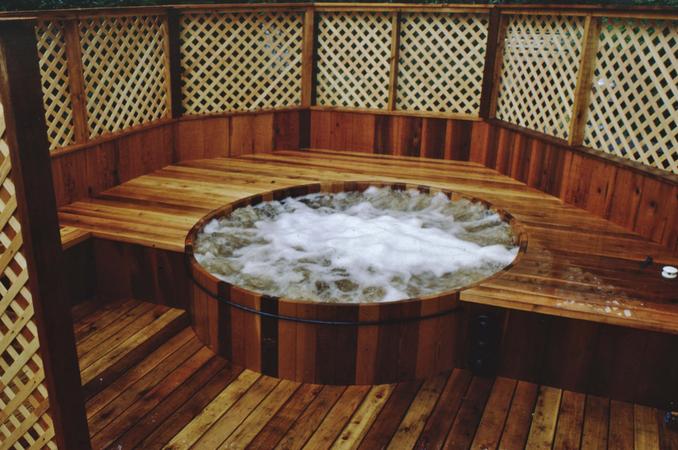 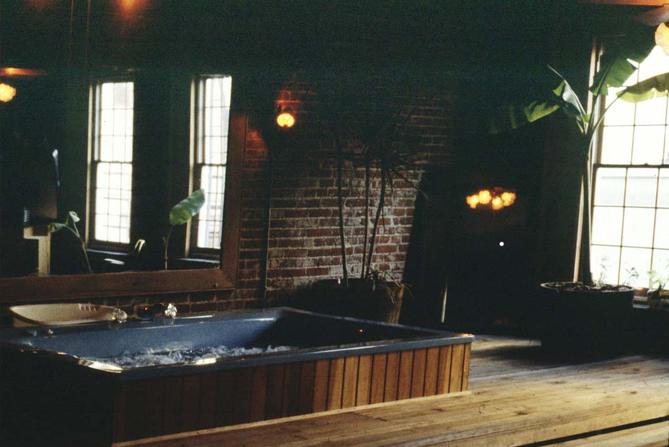 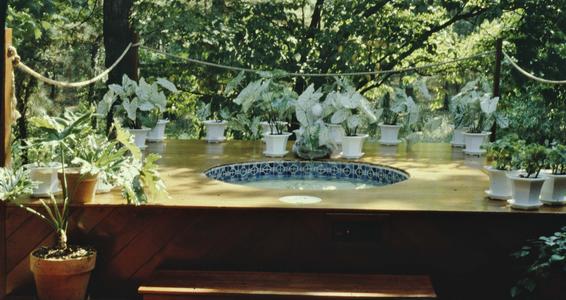 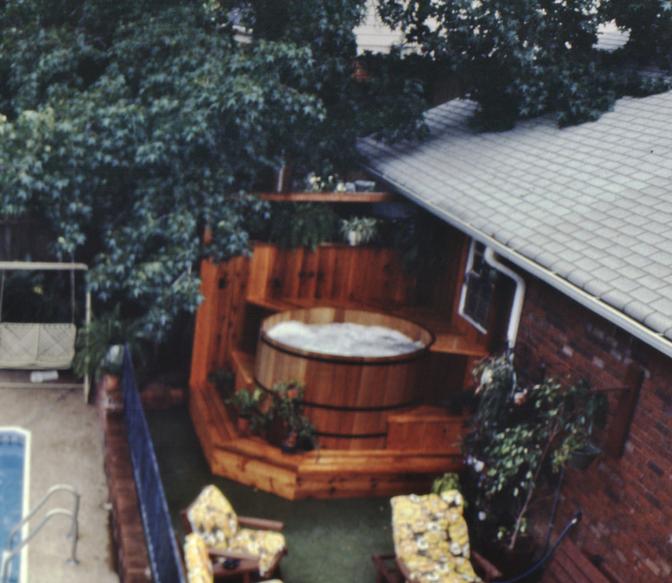 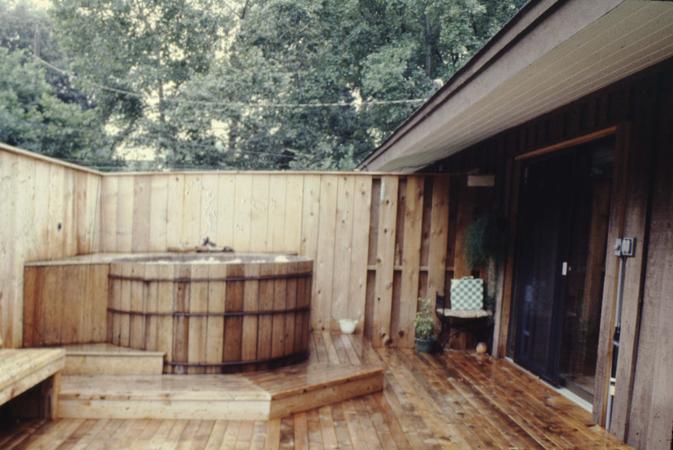 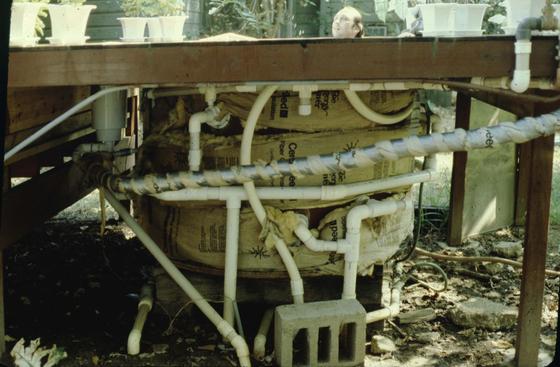 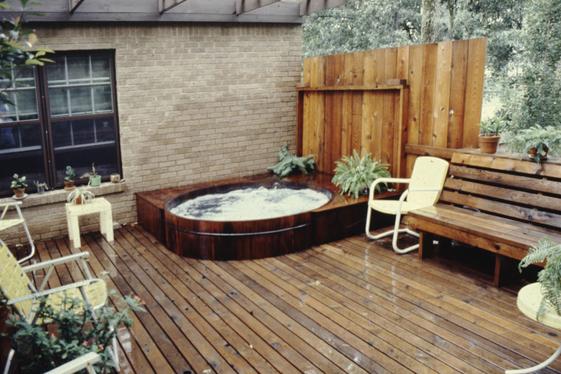 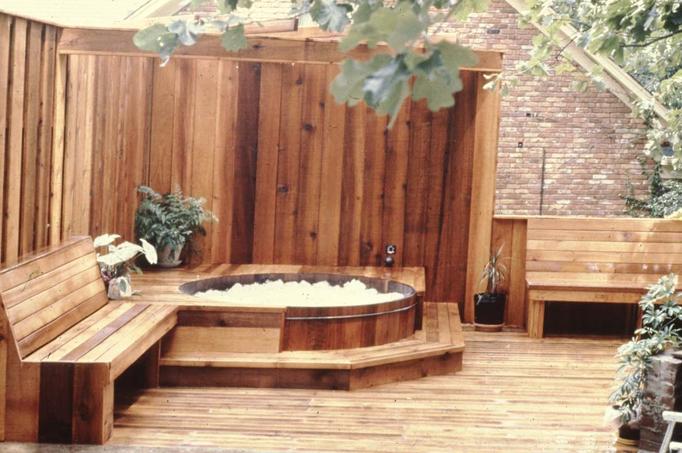 The piping on the first spa

In 1979 Mike was the lead service tech for Aqua fun Pools. He was invited by a friend to play some raquet ball. After the set they got in the whirlpool and relaxed. He decided that he was going to have a whirlpool. He had a stainless steel mixing tank from Dupont he had purchased years earlier. Mike worked out a trade with the local Jacuzzi distributer to obtain the items necessary (pump, heater, skimmer, jets & other fittings) in exchange for the labor to paint his pool. A welder friend helped him put the necessary holes in the mixing tank and it was converted to a whirlpool. It was decided that there had to be a demand for such a relaxing product and Healing Water Company was formed. The following pictures were some of the jobs that were built over the years. 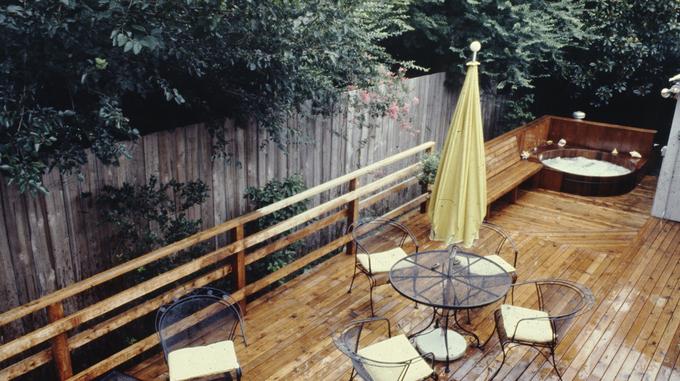